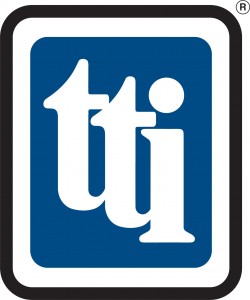 TTI, Inc. was founded in 1971 in Fort Worth / Texas, USA, and expanded to Europe in 1992. Today, the company has more than 100 locations in Europe, North America and Asia. In its position as world market leader, space, energy and cost efficiency are essential success factors for TTI. However, storage space bottlenecks as well as long walking distances and processing times were a growing challenge in the original distribution center in Germany near Munich.

In 2018, TTI expanded its existing distribution center, building up a brand-new warehouse and investing in an automated storage and retrieval system. This AutoStore system – empowered by Element Logic – helped TTI to more than triple their storage volume.

About 100,000 different parts are always available in stock in TTI`s warehouse. Today, these parts can be stored in a way that requires less space, yet at the same time allows its employees to locate and pick them quickly and efficiently. With 40.000 order items per week and a promise to deliver almost all of its parts across Europe within 24 hours, the global electronics distributor secures its deliveries with the new intralogistics solution.

”With Element Logic we have an experienced partner at our side, who enables us to react flexibly to market developments in the future. Our AutoStore by Element Logic allows for optimal space utilization, increases the efficiency of the picking process and is the ideal system for us and our planned growth”, says Thomas Rolle, Vice President European Operations at TTI, Inc.

The company is already planning to further expand their system in cooperation with Element Logic. Afterwards TTI will have – at least temporarily – the world`s largest mezzanine-mounted AutoStore system.

“With our AutoStore system we do not only use the pure surface of the hall, but the entire volume”, Rolle explains. The core of the 3.800 m2 system is the bins that are directly stacked on top of each other on a 5,5 m high steel mezzanine. TTI`s system includes 16 bins in height, 82 bins next to each other in length and 119 bins in width – a masterpiece of engineering.  Element Logic’s AutoStore system works on several floor levels, which allows a much better use of space. “Most warehouses are around 7-14 meters high, making them ideal for AutoStore systems. Usually, the inbound area needs only about two meters in height, leaving the rest of the space largely unused. However, since the AutoStore system is located on a 5.5-meter-high grid above the ground, this space is used in an excellent way”, Rolle continues.

Robots and humans working in tandem

This high-tech intralogistics system is structured very differently compared to conventional intralogistics systems. Notably, it consists of different levels, from the grid to the bin stacks and shafts, all the way down to the inbound area and picking stations. There are no shelves or paths in between, which saves a lot of space.

In fact, Element Logic’s AutoStore system saves an estimated 80% of the volume compared to classic, aisle-based systems. It works well for any small and medium sized parts.


On top of the 60 x 60-meter aluminum grid, 50 AutoStore robots are racing around with a speed of 3,1 meters per second. The robots are busy lifting up a total of 117.000 bins, restacking them and delivering goods to one of the 24 picking stations. The volume of AutoStore bins is about 22 percent larger than classic KLT boxes. They can also be equipped with dividers and you can choose between three different heights, depending on how much room you need for the various parts. The AutoStore bins are available in two different materials: HDPE and ESD.

Inside the picking tunnel, the TTI employees are equipped with highly ergonomic workstations that allow them to perform their tasks effectively and accurately. Additional Multi-Order-Picking equipment supported and guided by Put-to-Light solutions further improve the quality.

The magic of the bins

The first question people often have when looking at the AutoStore system is: «What if the item you request is located in a bin that is buried at the bottom of a stack? »

“The robots need a maximum of 3 minutes and 24 seconds to dig out the bottom bin for a completely unplanned express order”, explains Michael Kawalier, Managing Director Sales at Element Logic Germany.

Part of the ingenuity behind Element Logic’s AutoStore solution is the software that organizes robots in two «swarms» and allows them to perform different tasks in parallel. One swarm is busy preparing the orders already received or just fed in, preparing the relevant bins that are needed next, and placing them in easy to reach top-level positions in the stack. The second swarm grabs these bins and delivers them to the picking stations. At the same time, other robots are busy delivering empty bins to the inbound stations and stowing the filled bins back into the grid. The robots can even organize bins outside of operating hours to have everything ready when TTI’s operators come to work.

For big and small warehouses

“AutoStore is represented in almost every industry. Everything that fits into these bins is stored in them: money, food, electronic parts, jewelry, mechanical components, spare parts, textiles, fashion articles, party supplies. Installing AutoStore makes sense almost everywhere if the items fit into the bins”, Kawalier concludes.

Could an automated storage and retrieval system be relevant for your business?