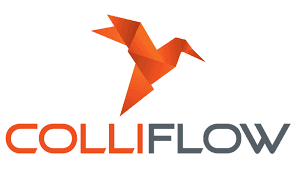 Colliflow is a third-party logistics company (3PL) that stores and ships goods for over 70 online stores. One year after the installation of the AutoStore solution provided by Element Logic, they are already planning an expansion of the system.

In 2020, Colliflow became one of the world’s first third-party logistics companies to automate warehouse operations with eManager and AutoStore.

– We have had a steady growth since the start in 2013, and in 2019 we reached a point where we had to choose between expanding the warehouse, or invest in a form of automation, says Rune Wright Lia, General Manager Colliflow.

Before they decided on eManager and AutoStore from Element Logic, Colliflow conducted a thorough research of other systems and suppliers.

– Automation was a big investment for us, so it was important to have a reliable and trustworthy partner throughout the process. We found no one who was at the same level as Element Logic when it comes to service or solution, says Lia. 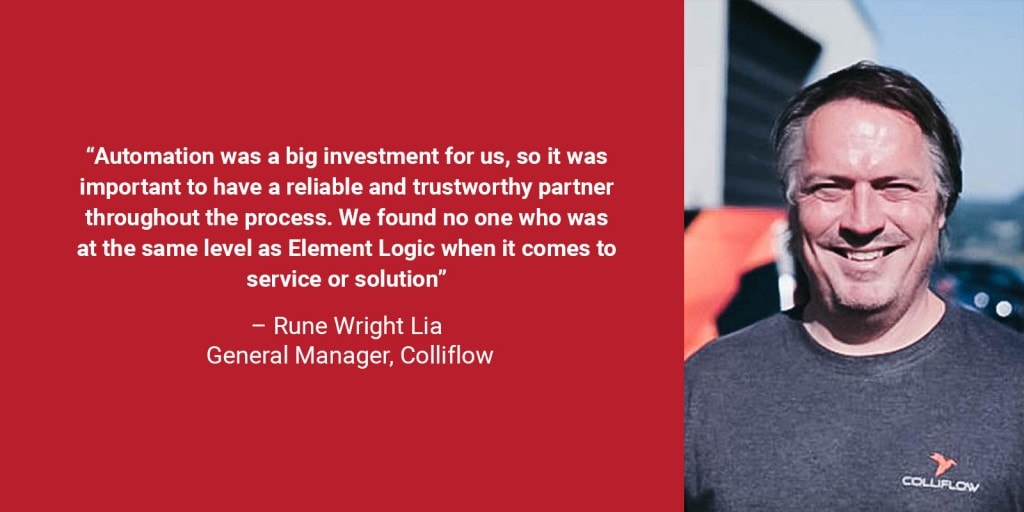 Colliflow has a 10,000 m2 warehouse at the Harbour Terminal in Grenland, Norway, where the goods are owned by their customers. In total, the company sends out 300,000 orders a year, distributed among 70 customers. Having good routines are crucial to avoid incorrect picking.

– Our customers all use different packaging, attachments and have different routines for sending out the packages. Element Logic therefore adapted a system and software to automate parts of this process. In addition, the actual picking is automated where the robots pick from boxes and deliver to the warehouse employees, Lia explains.

Key Account Manager at Element Logic Norway, Arnold Hjelm Nielsen, explains that the automation process for 3PL customers is a little different than for other customers.

Physically, AutoStore looks the same whether it is a 3PL customer or not. The difference lies in the configuration of eManager; it is more challenging to be able to handle the necessary routines for Colliflow, says Nielsen.

For Colliflow customers, it is a great advantage that they can offer storage in an AutoStore system.

– Our customers experience our automation as future-oriented. And I agree with that – there is no doubt about where the world and the industry are headed, says Lia.

Automation is a great benefit for 3PL companies. It enables storage of considerably more goods in less space, and one does not have to manually dig out seasonal goods as the season approaches.

– When an item is out of season, it will be placed safely and dust-free at the bottom of the system. As soon as the first order for the season arrives, the AutoStore robots will automatically start the work of retrieving the goods and making them ready for dispatch. This can happen overnight as the robots work around the clock, all year round, Nielsen explains.

Experienced super-users have given 100 percent uptime

At first glance, AutoStore may seem like a complicated system to operate. Fortunately, the job becomes considerably easier after proper training. That is why Element Logic always gives super-user courses to selected employees who get an extra introduction to eManager and AutoStore, and how to solve errors that may occur.

– From the first moment, the employees at Colliflow showed great interest, and their super-users can do a lot themselves and act quickly. It is extremely important that the company feels confident operating the system so they can act if something should happen, Nielsen says.

Colliflow’s figures also show that they have found a formula for success. Since starting in June 2020, they have had an uptime of 100 percent – it could not be better. Element Logic guarantees customers an uptime of 98 percent.

Planning a major expansion of the warehouse

– Due to the covid-19 pandemic, we have experienced artificially high growth in the last year and a half. Therefore, our new AutoStore system became too small a little too fast. We have decided to implement a major expansion in 2022 to handle the growth, says Lia.

The expansion consists of expanding the AutoStore grid from 500 m2 to 1500 m2. Then it will be supplemented with the required number of new gates and robots, adapted to the operation of Colliflow. The expansion will have no effect on the uptime of the existing warehouse – it will be operated as normal.

If you have too few robots in relation to the number of ports, the picking speed and efficiency will be impaired. Using simulations, we find the perfect number for the specific warehouse, explains Key Account Manager Nielsen, and adds:

– When we design solutions, we always think ahead. It is cheaper and easier for the customer to buy a new port when the need arises if we have arranged for it in advance and do not have to rebuild.

Curious about how Element Logic can optimize your warehouse operations?