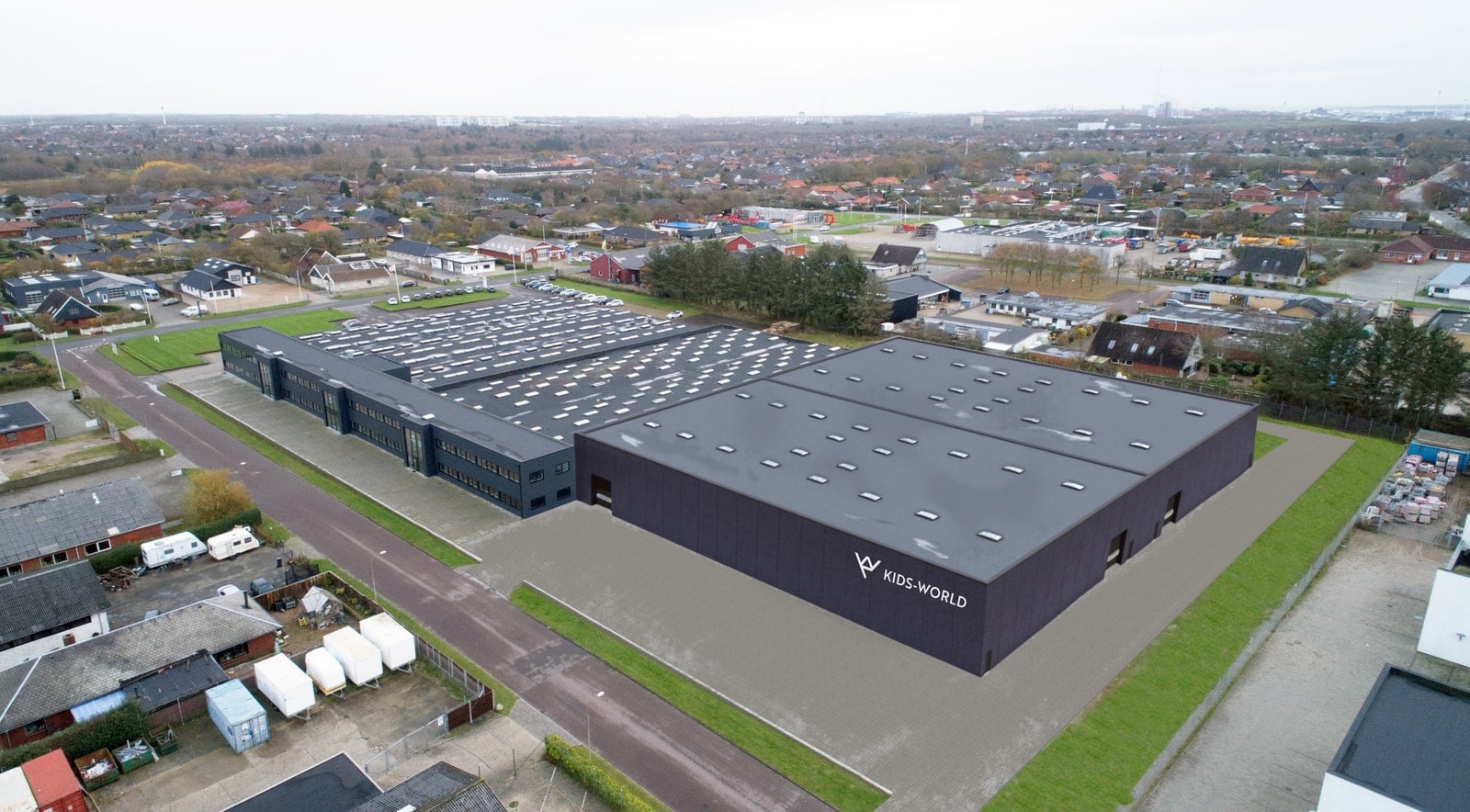 After several years with over 30 % growth, Kids-world is expanding its warehouse and invests in a robotic warehouse delivered by Element Logic. The owner guarantees that the robots will create more jobs - not steal them.

During autumn, 45 robots will move into Kids-worlds warehouse, the go-to place for children’s clothes and toys.

The robots will increase efficiency and free up space for further growth. But it will not be at the expense of the employees, the owner of Kids-world, Annette Lykke Nielsen, guarantees.

“We are not going to lay off any employees because of this investment. On the contrary, we do it to ensure an even better working environment in the warehouse and free up our employees for other tasks, so we continue to be an attractive workplace here in Esbjerg,” says Annette Lykke Nielsen.

Lykke Nielsen founded Kids-world in 2006 as a fun project with her husband after having their first kid. In the intervening 15 years, the Danish ecommerce store has manifested itself as one of the largest online players in toys and children’s clothing with over 43.000 item numbers in stock. The company’s turnover has grown by an average of 30-35 percent in recent years, and in the second half of 2020, Annette Lykke Nielsen hired 25 new people in the company.

“Our range and target groups are expanding, and there is no sign at all that demand is falling, so we simply need more space. If we are to develop as a company and as a business, we need to make better use of our storage space, and the robotic warehouse from Element Logic, among other things, will help us with that,” says Annette Lykke Nielsen, who is slowly making her way to the other Nordic countries.

For Annette Lykke Nielsen, the big investment in the robots is first and foremost an investment in Kids-world as a workplace. She sees the collaboration between humans and robots as a crucial prerequisite for further developing the company.

“We are not going to resign because of this. We see it as an opportunity for our employees to work differently, more ergonomically and smarter than today,” says Annette Lykke Nielsen, who as an example refers to the fact that Kids-world’s warehouse employees can easily go up to 20,000 steps in one working day.

“We should easily be able to get that number down with the entry of robots,” she says.

Each robot is given a name

The entrepreneur also has a clear idea that Kids-worlds warehouse robots should not only have a number, but also a name.

“Our robots must be named. They should not just be a number, but rather a colleague with a name,” says Annette Lykke Nielsen.

Kids-world is widely recognized for its customer service and was named ‘Users’ Favourite’ at the E-commerce Award 2018, awarded by the Association for Danish Internet Trade (FDIH).

The robotic warehouse will be installed at the end of the summer and is scheduled to be ready for operation from the end of September.

Would you like to learn more about Element Logic?