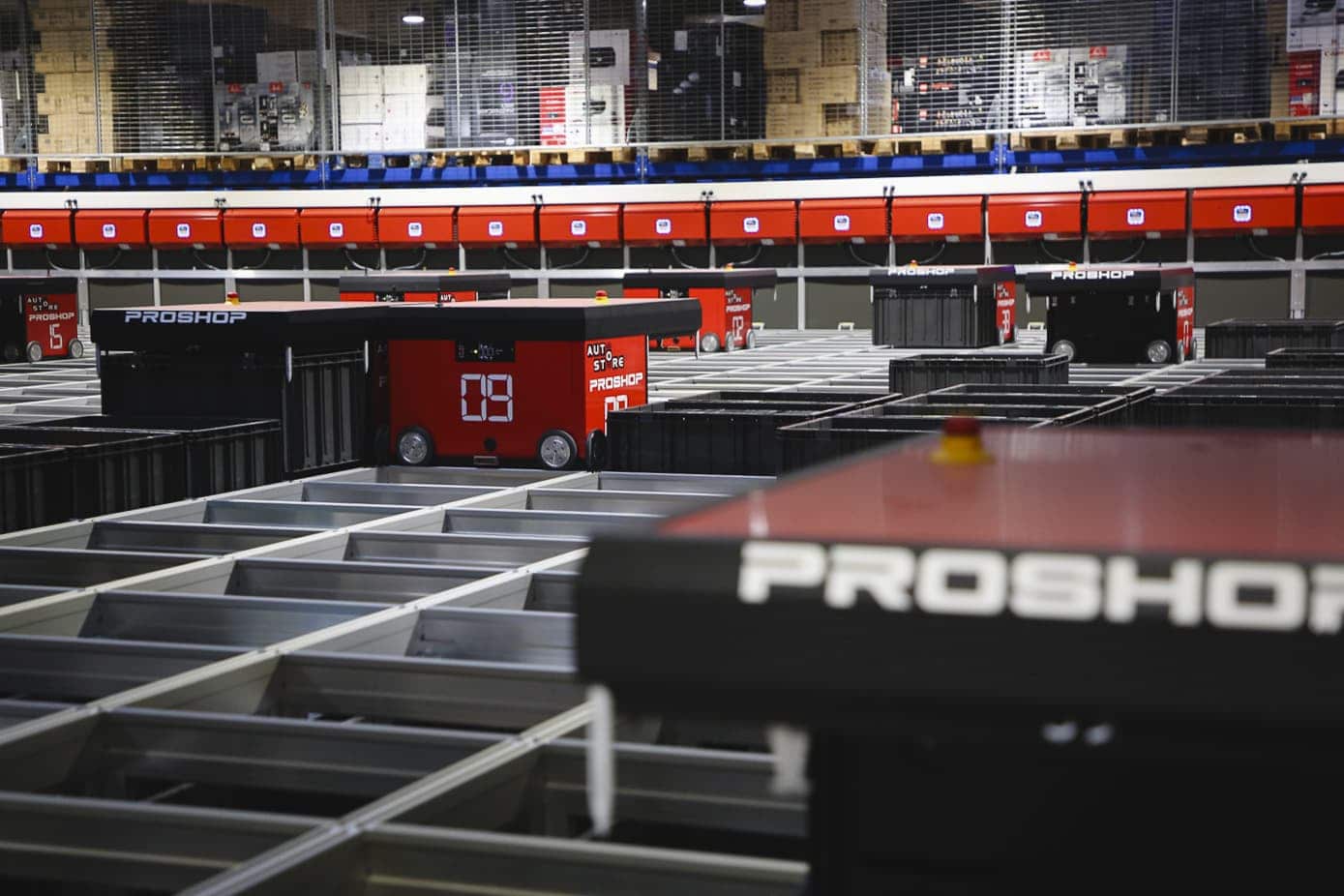 The ecommerce business, Proshop, has officially taken its new and state-of-the-art robot warehouse in use. With an area of 2.5 football fields and 70 AutoStore robots designed, delivered and installed by Element Logic, Proshop is the story of Denmark's currently largest AutoStore robot warehouse.

Proshop takes its warehouse robot technology to the next level.

In an effort to keep up with growth, one of Denmark’s leading ecommerce businesses in electronics and IT is now expanding its AutoStore robot warehouse in collaboration with Element Logic and moving the warehouse to a new address. The move triples the capacity of the robot warehouse and equips the company for even more exports abroad, including Germany.

The construction of the new warehouse has taken place in less than a year, and Proshop is now fully ready for this year’s biggest sales day, Black Friday, in the end of November.

“With the new robot warehouse, Proshop will have the opportunity to fulfil its desire to expand capacity and automate a larger part of its warehouse. This gives Proshop the best conditions to continue its impressive growth,” says Nikolaj Bjørn Eriksen, Managing Director of Element Logic Denmark, which is behind the AutoStore delivery to Proshop.

In the new robot warehouse, the number of bins from which the robots pick goods and prepare them for dispatch is increased, from 42.000 to as many as 100.00 bins. At present, 70 robots have been installed, but with the size of the new warehouse, there is room to expand the capacity to up to 300 Autostore robots if necessary.
In total, the new warehouse, including office facilities, occupies 16.300 m2 – equivalent to 2.5 football fields.

This is not the first time that Proshop has collaborated with Element Logic. Just two years ago, Element Logic delivered the 40 AutoStore robots that formed the core of Proshop’s first robot warehouse.

After just one year of operation, the solution helped double Proshop’s bottom line profit and increase the company’s top line by 30%.
Hence it was not a difficult decision for Proshop to continue the collaboration with Element Logic regarding the expansion.

“We have had a great collaboration with Element Logic on the existing solution and look forward to continuing and expanding the collaboration further. We clearly see AutoStore by Element Logic as an important part of our company’s journey ahead,” says CEO of Proshop, Ivan Jæger Christiansen.

At Proshop, the AutoStore robots have created 15 new jobs

Want to learn more about our solutions and offerings?